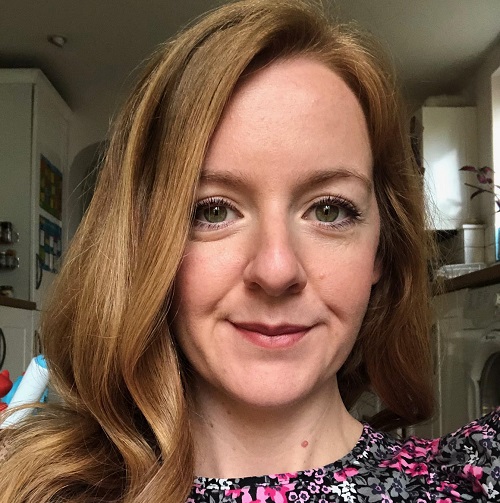 What does building CRO from scratch look like? And how do you do it well?

At our recent webinar, Matt Scaysbrook, Director of Optimisation at WeTeachCRO spoke with George Crofts, ecommerce manager at Nando’s about just that.

Both George and Matt shared insights on their experiences of building the foundations of a winning CRO programme and pinpointed the three key things that they would advise people who were just getting started.

In part one, George share’s his story about building the CRO programme at Nando’s from nothing to where they are today. Hope you enjoy it. The full conversation is below, but if you want to jump to specific sections you can do here:

Matt: Thanks for joining us. My name is Matt Scaysbrook and I'm Director of Optimisation at WeTeachCRO. And I'm very happy to welcome George Crofts Ecommerce manager at Nando's.

George has been instrumental in building the CRO programme at Nando's from what was effectively nothing into what it is today. And it's his story that we're going to hear about over the course of the next hour or so. So we'll kick off with a short discussion about where Nando's were and where they are and a bit about how they got there. Then we'll run through a few slides as a guide to some of the key points that George has learned over the last 4 years. And at the end of the session, we will have some time for Q&A. Easy one to start with George, what did CRO look like at Nando's circa four years ago?

George: Hi everyone, so to put it simply, nonexistent. When I first joined Nando's just over four years ago, we were in launch mode from an ecommerce perspective, obviously Nando's is well known for its restaurant business but we were opening up in the world of delivery and collection so we were in the process of launching delivery and re-platforming our collection website. One of my roles really was to start exploring, once that was fully rolled out how we want to get into an optimisation program - it was non existent, we were launching stuff, and from there onwards, we wanted to get into a test and learn program.

Matt:  How does that compare with what CRO looks like today then, so fast forward four years, what's the ground look like now?

George:  I'm very happy to say we're in a very different position now. We've got a continuous testing program, a backlog full of tests, and a catalogue of results and insights from previous tests which we can use to make decisions moving forward so yeah a completely different picture. I'd say we're very well set up now from a web perspective in terms of an internal and partnership process for running A/B tests. We're entering a new stage of app testing now which is one of the projects that has been happening internally on launching app ordering within Nando's and that has obviously opened up another avenue to explore optimisation, but yeah it's part of the business as usual process at Nando's now.

Where possible we do look to try and AB test new features. And also, as part of the migration as we've been doing for our new platforms, over the last couple of years, we've used A/B testing to help mitigate the risk of any loss of revenue or user experience. So, yeah, it's a fundamental part of the way we operate in ecommerce now which is brilliant.

George: It's got more complex over time, as the digital side of the business has grown, we've needed to review the way that we operate internally, so that we get the right expertise in our side and right people, it's a cross functional program, we can't just do tests, well we can, but we won't always get the right output and we might make people angry. So, yeah we try being inclusive, get the right people on board our side, obviously as we grow as a team that brings in the need to get different skill sets involved, which is good, but communication is obviously very key.

Matt: I know we're going to talk about that in a bit, because yeah the bigger you get the greater the coordination, the more people get involved with that as well. Cool, so there's what it looked like four years ago absolutely nothing, a bit about what it looks like to get it today. So, how does that process start? How did you start moving things forward?

George: We started from scratch, which was a great playing field to be in to be honest, not having any legacy setup or partners or tools in place, it was a proper start from scratch and we weren't kidding ourselves, we knew that this was new territory for us. And we were very keen to make sure that we stayed true to that and didn't run before we could walk. So we started looking at a range of options that were out there in the world of CRO. From tools that could be used to manage the tests, and also partners who could help support the strategy and the end to end process of CRO. We explored a few different options as part of the process, and we made sure that we spoke to a number of different partners at different scales of size and cost.

One of the key things that was really important to us was that we wanted to be realistic so we wanted to make sure that whichever tool we were onboarding with was the right fit for us at that moment in time with the ability for us to scale when needed. And the partner that we would choose would be on the same wavelength of us, and making sure that they understand our business in terms of where we are in the journey, the capabilities and data setup that we have around us, but also the values that we share as a business and the way we operate and communicate with each other. Those were the 3 key pillars we were looking at when deciding.

That was the initial start. We spoke to numerous businesses and partners on that. That lasted I'd say, from the very moment we started Googling

George:  Yeah from that moment to being pretty sure we were signing up with a tool and partner was within 6 months and then onboarding for a further few months to make sure we were all set up.  That was at a very top level the process which we took and just to add we were quite fortunate that we were still in launch mode, in terms of launching our new platform so we had a bit of time to make sure that we got our requirements right. And we also brought in the right people at the right times to make sure everything was set up in a way that wasn't going to disrupt anything - that we were adding value if anything.

Matt:  That time piece is an interesting one because the worst time to need to do anything is when you actually need to do it, because you end up rushing decisions and you get something in place because you feel like you have to get something in place. We see we see quite a lot of different timeframes for how people start. Often the larger the business, the longer that process takes. There's more people to get on board for a start. I know that you see this in your day to day job but because most companies websites affect the goals the KPIs the targets of just about every team in the business, as soon as you start making changes or try to make improvements to things, the more people come to your door don't they? It's either can we do this or can you not do this or how is that being mitigated. So yeah I think that part of not rushing to get something in but rather taking your time to work out who the right people, the right tool might be for you.

Cool, thanks George. If there were 3 points you had for others who are where you were 4 years ago, what would they be?

George: The first one is something I already touched upon, but if you're at the same stages Nando's was at three and a half years ago - it's starting small. Don't jump too far ahead and be realistic on setting this up. We've already touched upon the complexities that it can cause, especially if you are in a slightly larger organisation and there's different stakeholders you need to get on board. It's a lot harder work, if you try and run before you can walk so starting small is definitely a big one.

Another one is being really clear and up front on objectives and KPIs that you're looking to drive so that comes from the business so understanding what the businesses priorities and objectives are. Ultimately we're a performance based team so we need to make sure that the activities that we are running are driving the KPIs which will support the overall business objectives and goals. You can go down a rabbit hole with tests if you're not really clear on the objectives. That's another biggie.

And then lastly, another foundational element is making sure that there's a really good blend of quantitative and qualitative data points. So getting that right balance of using Google analytics, for example, to help understand conversion funnel performance and identifying key drop offs to backing that up with any kind of qualitative data source which can add additional context to that so whether that's through session recordings, heat maps, surveys, anything which can help provide a bit more context of why you might be seeing drop offs. Getting the right blend of those two can really help you get to the key hypotheses and key testing ideas ultimately.

Matt:  I think the start small piece, it's something that we repeat with a lot of people, and it's hard to do, sometimes because you get excited and you know you also you want that excitement from people to want to do stuff. Let's try and break some of those bits down...

Look out for part 2 coming soon where we delve further into these three key learnings from George - starting small, having clear objectives and KPIs, and having a balance of quantitative and qualitative data.

You can catch up on the whole conversation here: 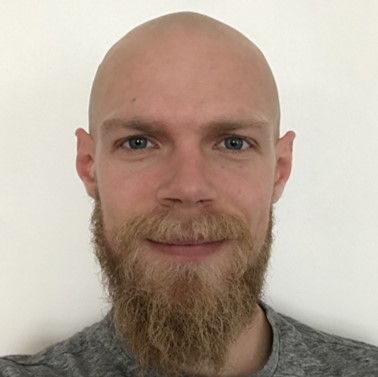 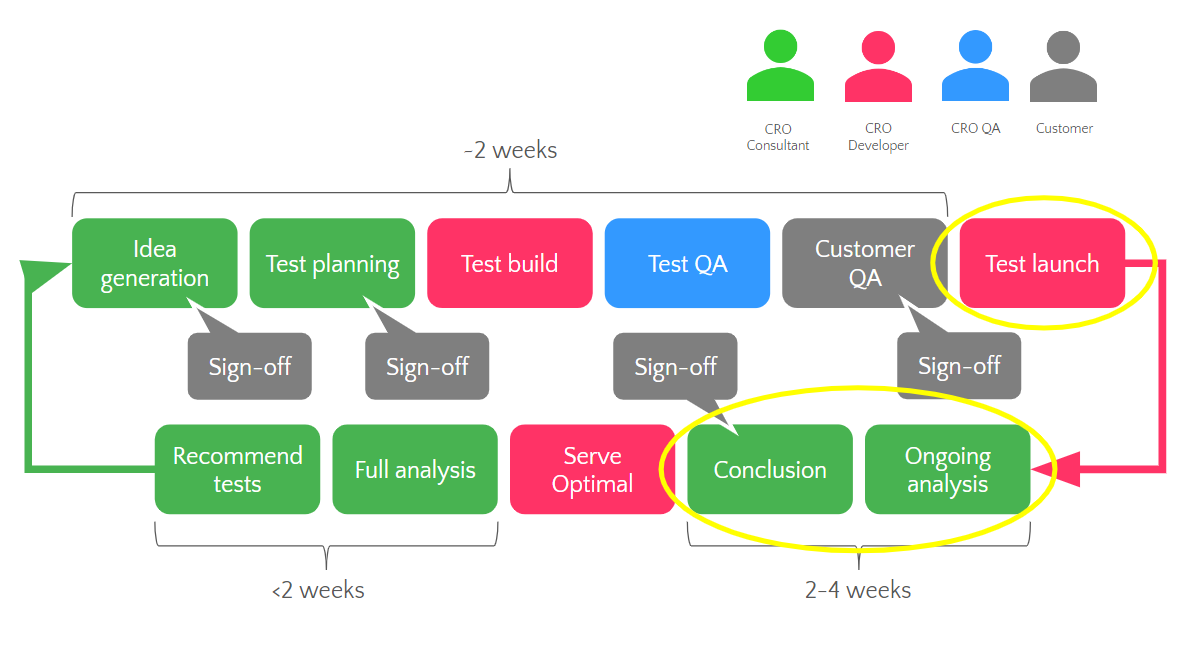 There are 10 steps in the CRO process. Steps five to seven - during the testing phase - are test launch, ongoing analysis and conclusion. Here's what's involved at each step.
Read more 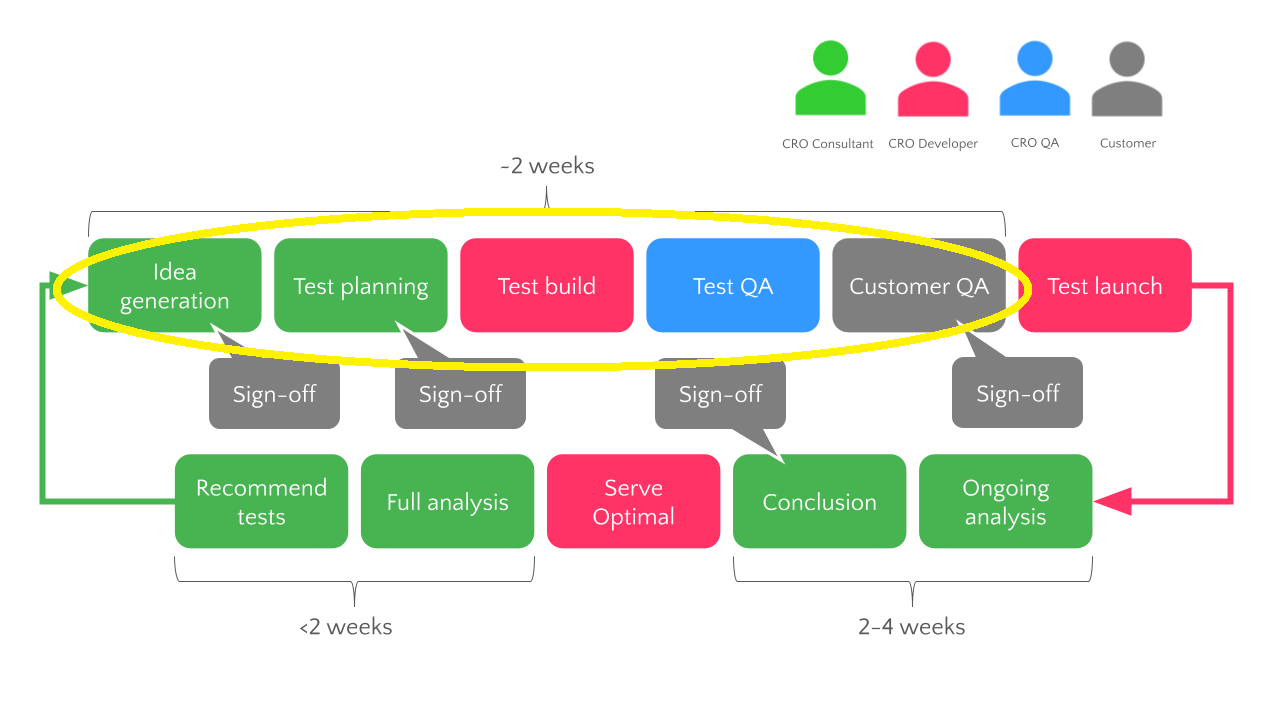 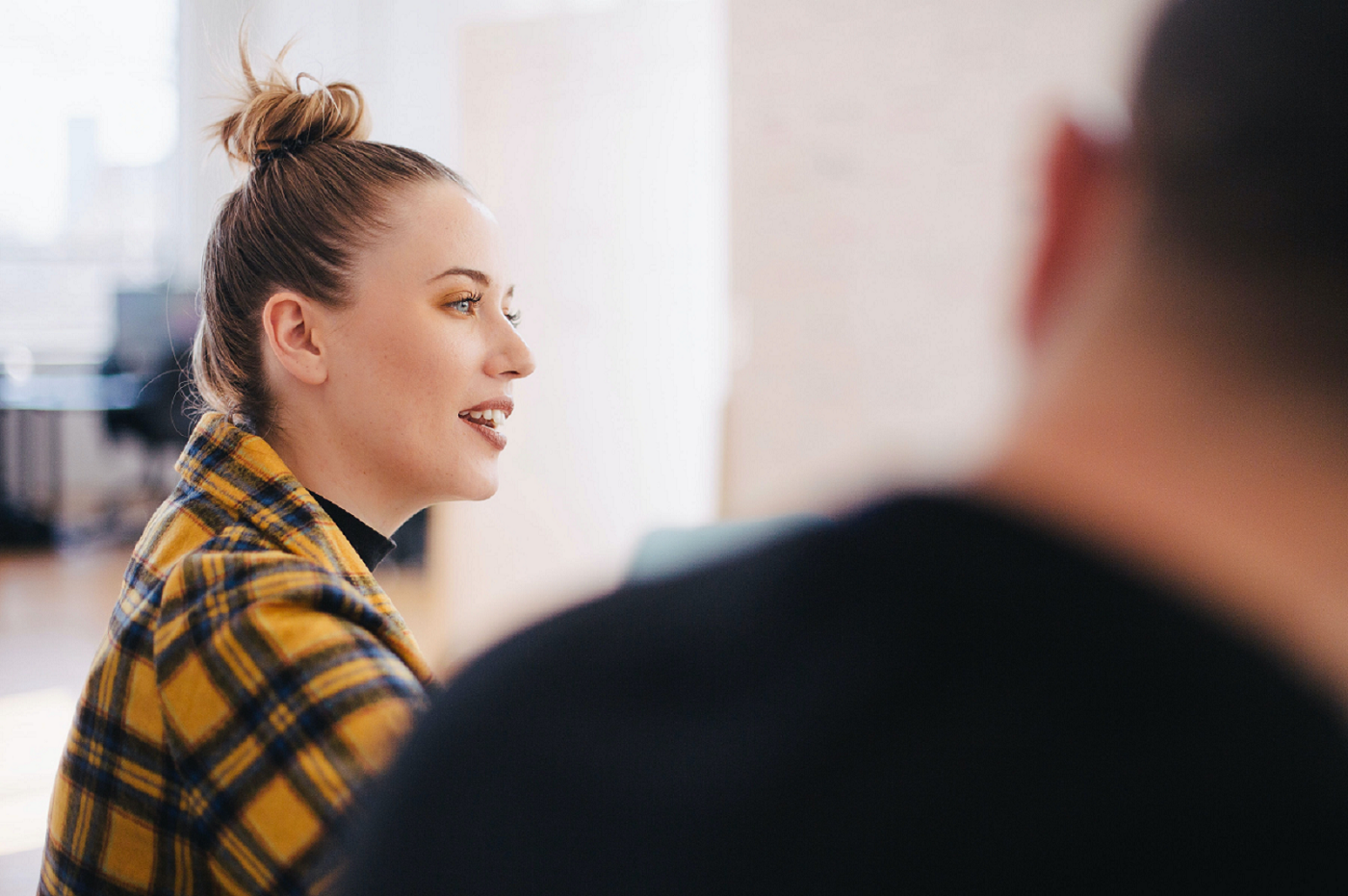